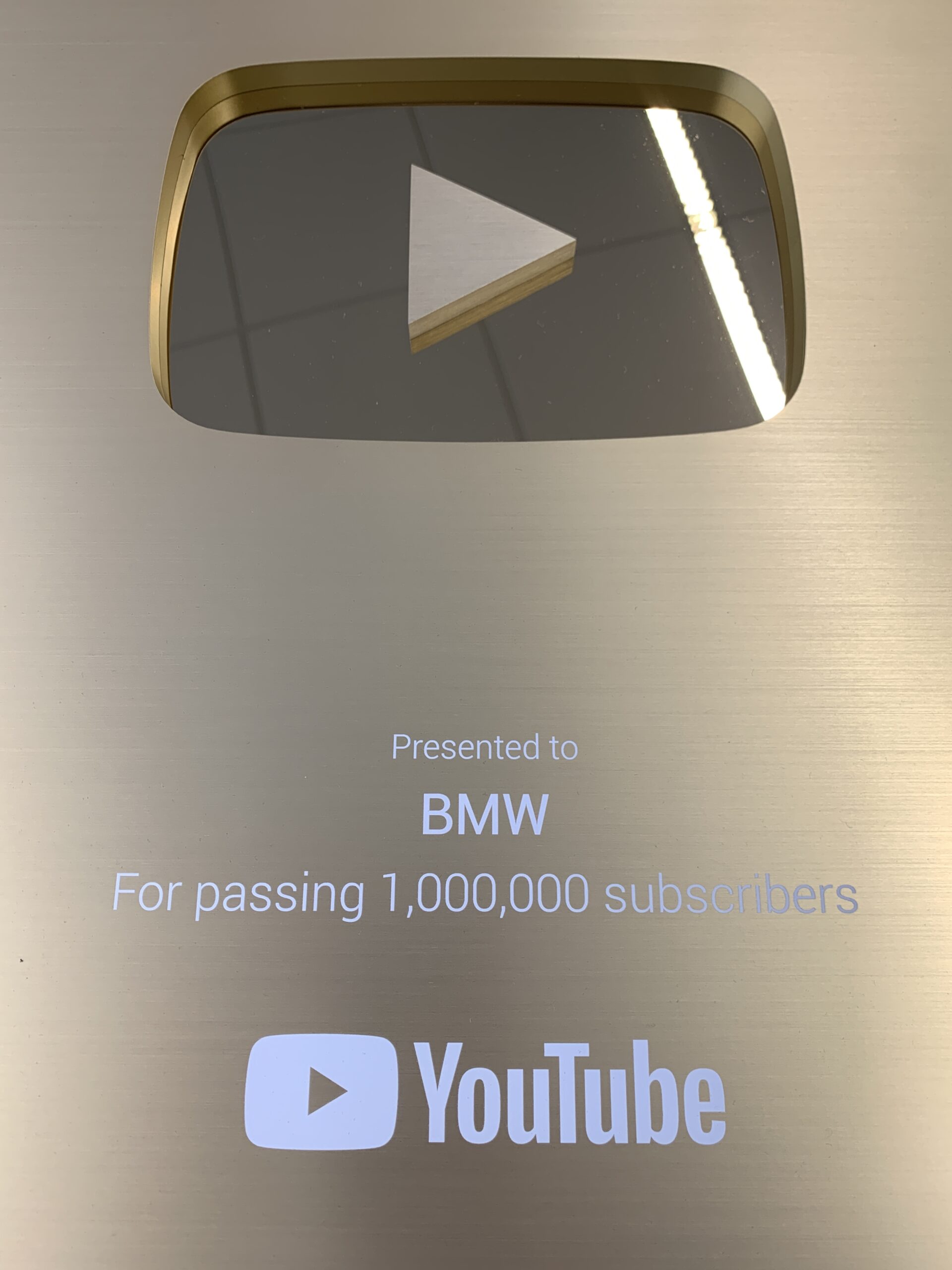 Out on the road, BMW is the epitome of driving pleasure, while online the Munich-based premium carmaker is also racking up the likes. BMW’s social media channels are attracting an increasingly large following, and the brand’s YouTube presence has also taken a significant step up the popularity scale.

More than one million subscribers regularly follow the videos posted by BMW. And now YouTube has presented the BMW marketing team with the “Golden Button Award” in recognition of its success in engaging an audience immersed in both the automotive and online worlds.

YouTube represents an important interface for communications with customers and fans of the brand – as testified by the latest figures recorded by the video-sharing platform; the number of subscribers to the BMW YouTube channel has mushroomed to 1.14 million at the latest count.

Films uploaded by BMW have registered some 3.3 million views worldwide to date, with users spending around 6.5 million hours checking out videos on the brand’s channel. And that audience is responding in remarkably animated ways to what they are seeing: a user likes, shares or comments on a BMW video every 57 seconds.

BMW was once again rated “the hottest auto brand on YouTube” by the in-house experts at the video platform, which is owned by search engine operator Google.

They cited, in particular, the films posted as part of the #NEXTGen 2020 presentation forum, highlighting how the entertaining mix of discussion panels, documentary reports and new reveals of models and vehicle concepts had vividly showcased the innovative spirit and future-focused outlook of the company.

The BMW YouTube channel used the enticing #NEXTGen 2020 programme to expand its fan community resoundingly beyond the one-million mark.

Added to which, breaking news items, fascinating insider stories and lavishly produced films have also increased the number of reasons to regularly click and enjoy. New model presentations alternate with profile pieces and glimpses ahead to future technologies.

The “How To” series explores new and less familiar functions of current BMW models. And a steady stream of amusing reflections from the world of driving pleasure also feature. The most popular post so far has been “The Small Escape” – a short film with high production values released last year.

Set in the divided Berlin of the 1960s, it tells the story of an escape across the border between East and West in a BMW Isetta and has notched up more than 23 million views.