This 2,377 Mile BMW Z1 Looks Brand New And Is Up For Auction 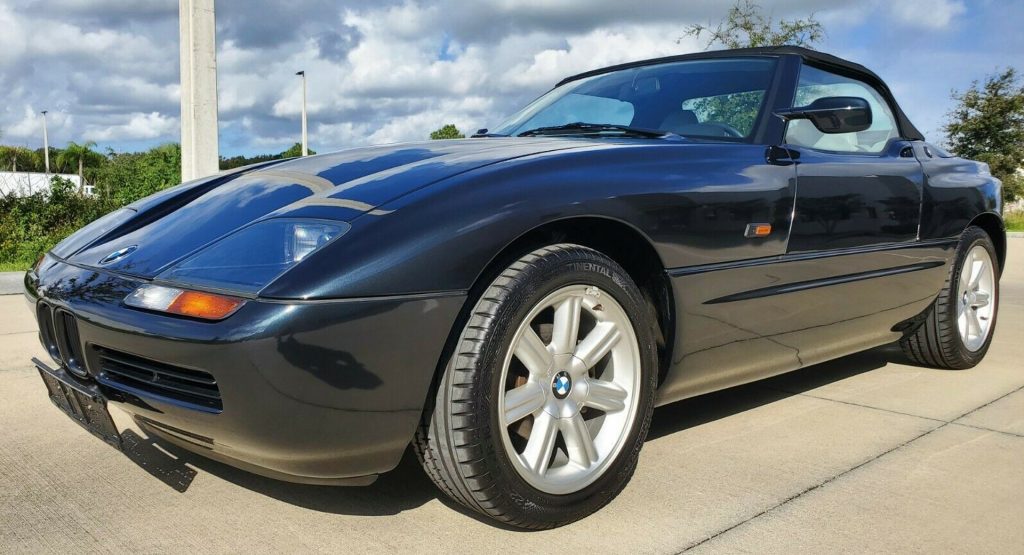 BMW’s Z car lineup has spawned hits such as the Z3 and Z8, but there’s nothing quite like the original Z1.

Introduced at 1987 Frankfurt Motor Show, the Z1 was a two-seat roadster that was unlike anything else on the road thanks to its unique doors which raised and lowered vertically.

If that wasn’t interesting enough, the Z1 featured plastic body panels which could be removed in as little as 40 minutes. The idea was that buyers would simply buy another set of body panels and change the color of their roadster by swapping them out.

That brings us to this 1991 BMW Z1 which has been driven just 2,377 miles (3,825 km/h) since new. Looking like it just rolled off the assembly line, the model features a dark gray exterior with 16-inch wheels. Given its low mileage, it’s little surprise the car appears immaculate and is described as being in “showroom condition.”

The interior also looks brand new, although it has been equipped with an aftermarket head unit. There’s also a bit of discoloration on the BMW Italia badge which resides on the center stack.

The car was reportedly bought in Italy and spent most of its life in park. While there’s no explanation for why the model was rarely driven, the Z1 was eventually acquired by Lotus of Jacksonville and imported to the United States.