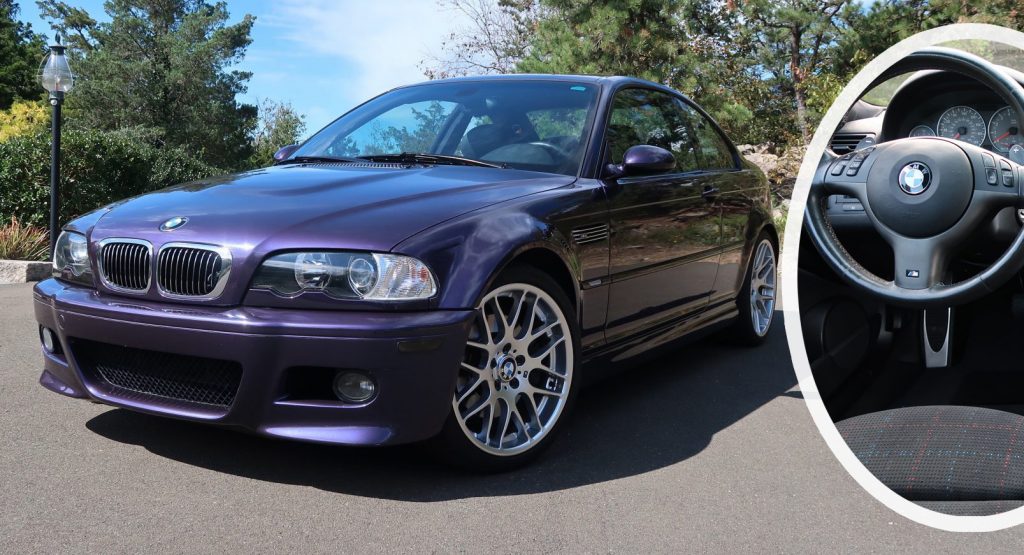 This 2004 BMW M3 is one of the most intriguing examples we’ve seen and is currently up for sale.

The first thing that makes this M3 stand out from most others is the Techno Violet Metallic color that the original owner ordered through the BMW Individual program. Not only does this deep shade of purple catch the eye but it perfectly accentuates the timeless bodywork of one of BMW’s best ever sports cars.

The Bring A Trailer listing says that since being last sold on the auction site in August 2018, the car has been fitted with a new rear subframe reinforcement kit (a known issue with E46 M3s). Furthermore, the trailing arm bushings, rear upper shock mounts, oil pressure relief valve, driveshaft flex disc, differential pinion seal, and airbag control unit were also replaced. It has 78,000 miles (~125,000 km) on the clock. The car is being sold in Guilford, Connecticut with a Carfax report and a clean Montana title.

BMW E46 M3s fitted with the available manual transmission have shot up in value in recent years and while this example has the SMG auto, we’re sure it is still heaps of fun to drive. After all, the E46’s 3.2-liter naturally-aspirated inline-six is beloved and is good for 333 hp and 262 lb-ft (355 Nm) of torque when it was new. And, while it might not benefit the value of the car, you could always convert it into a manual.