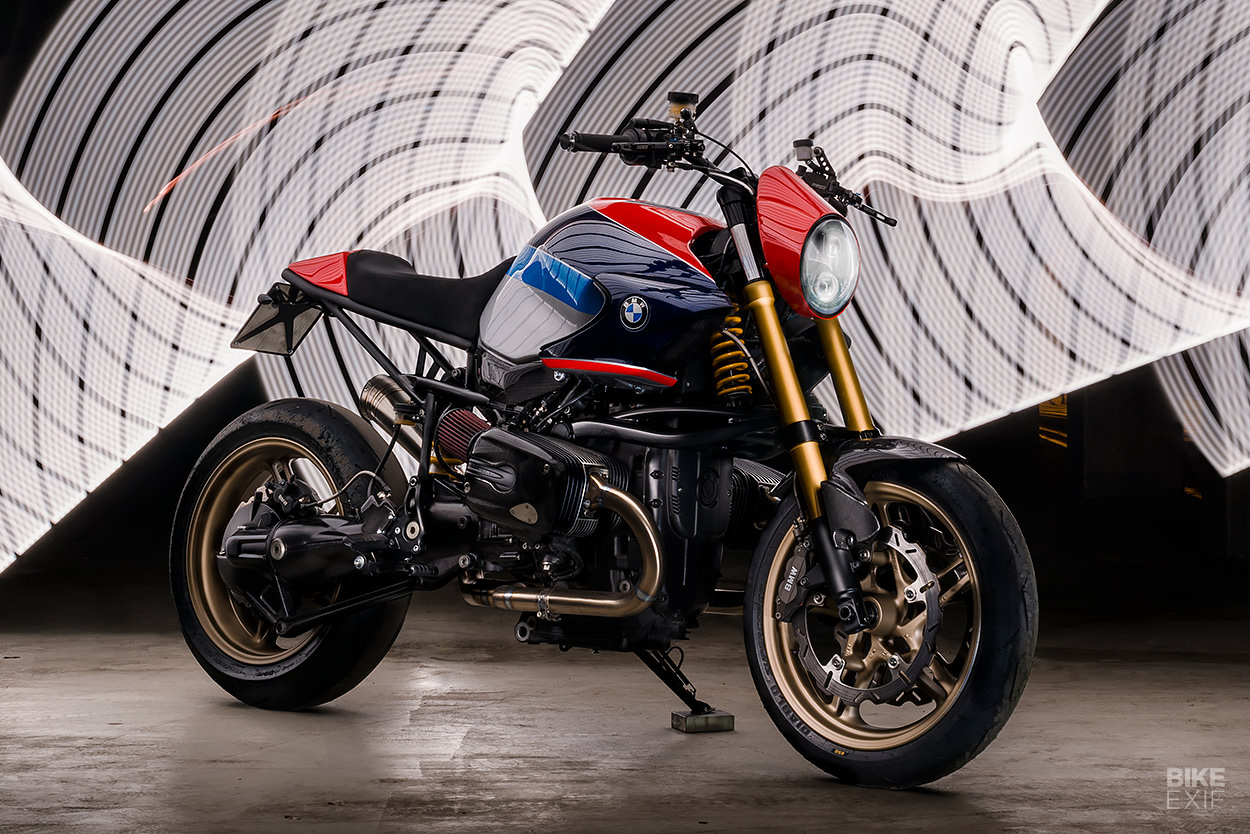 Does anyone remember the BMW R1150R Rockster? It was an attempt by BMW to inject some edginess into their capable but somewhat vanilla R1150R. So they gave it squinting headlights, a wider rear wheel, a hazard tape livery… and an unfortunate name.

It was good enough to turn heads and agile enough to be a fun ride, but it also dated really quickly. So when the owner of this particular 2003-model Rockster decided it was time for an upgrade, he he had no qualms about ditching the quirky styling, and using it as the base for a custom project. 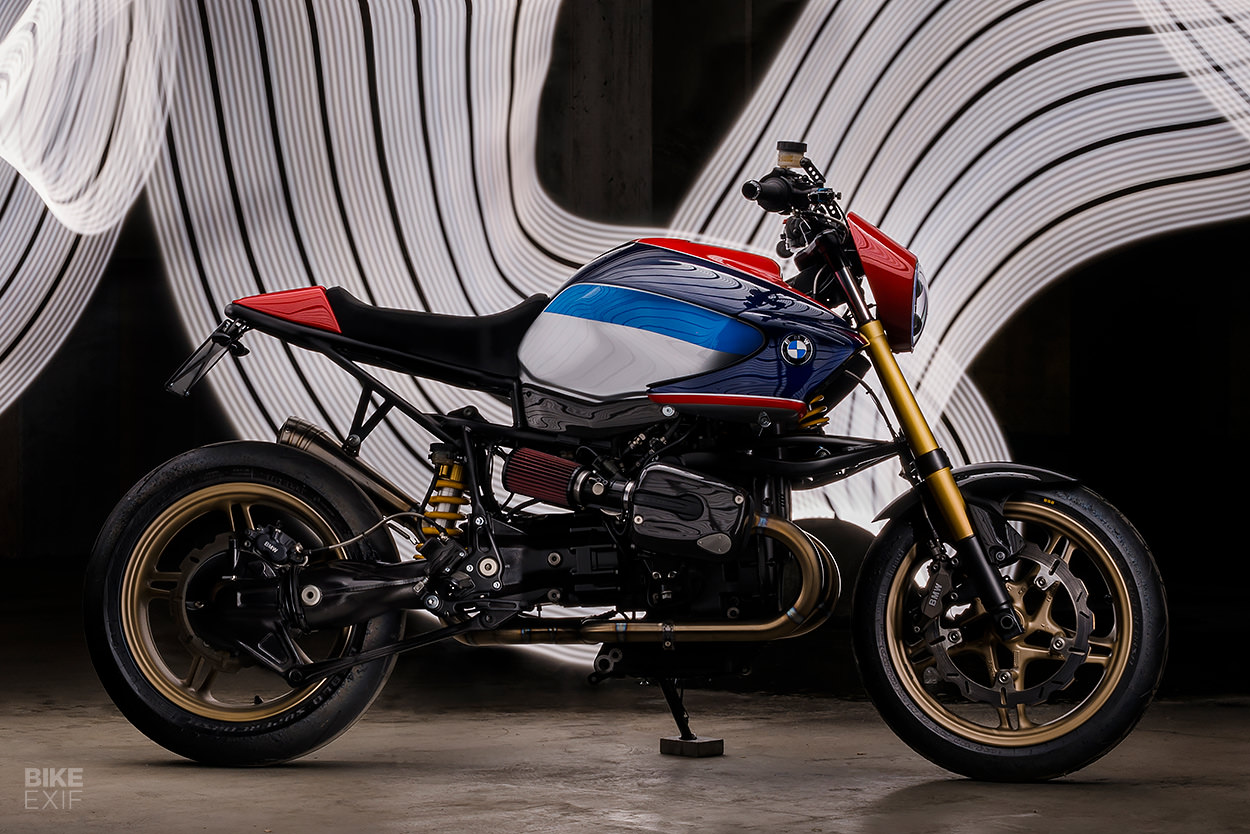 The 1,130 cc boxer went straight to brothers Diego and Riccardo Coppiello at North East Custom in Padua, Italy. The Coppiello bros. have a few early-2000s BMW boxer builds under their belts, so they’re well-versed in the art of transforming them.

For this project, the goal was to update the looks, but also throw a few performance upgrades into the mix. 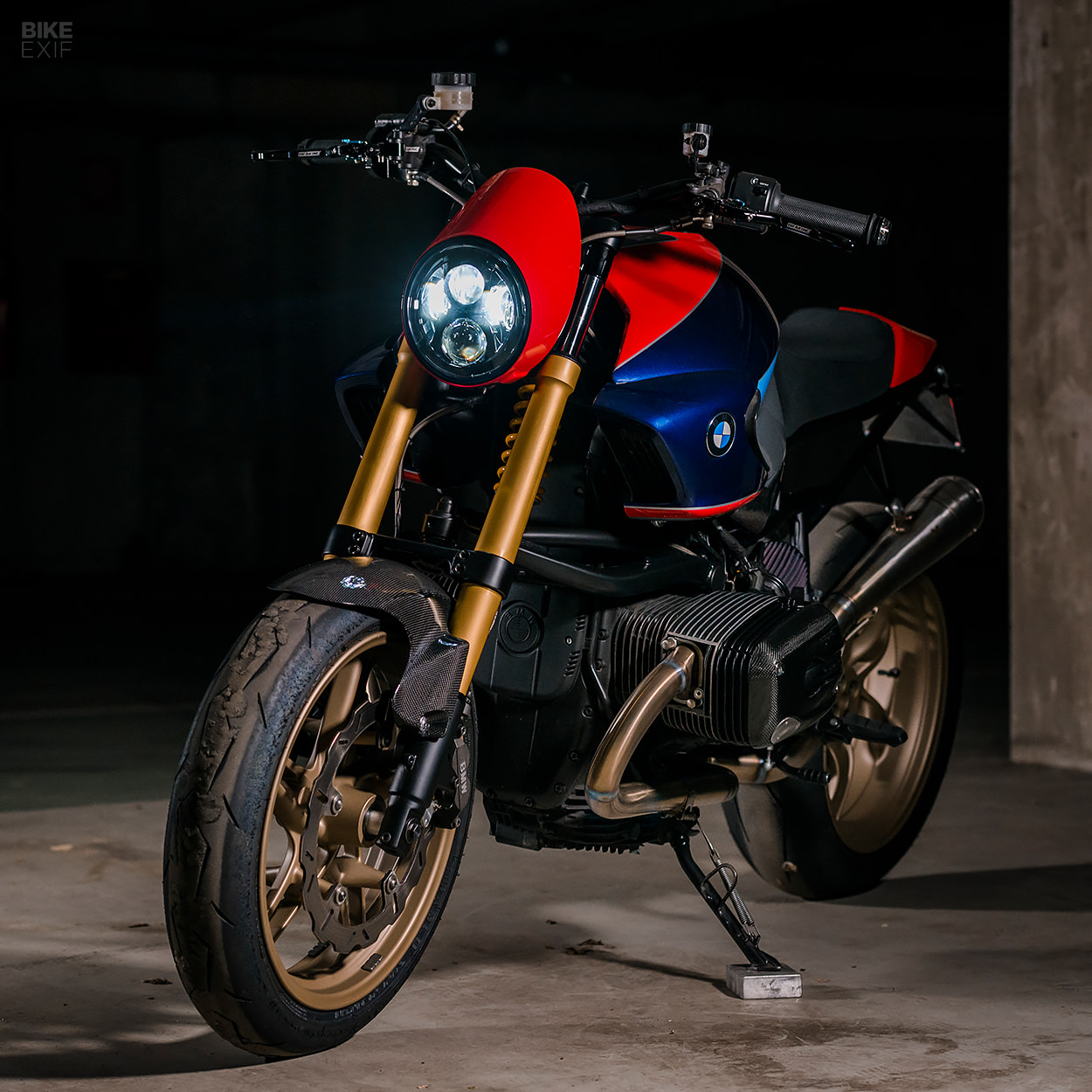 “Our client used the Rockster mostly for mountain rides,” Diego tells us, “but recently he started to go to the racetrack as well. And he really enjoys it, because it’s on the track the BMW gives its best.”

“The brief was to make it technically better and give it a new aesthetic. He wanted a bike suitable to ride to the track for track days, have fun, and then easily ride back home.” 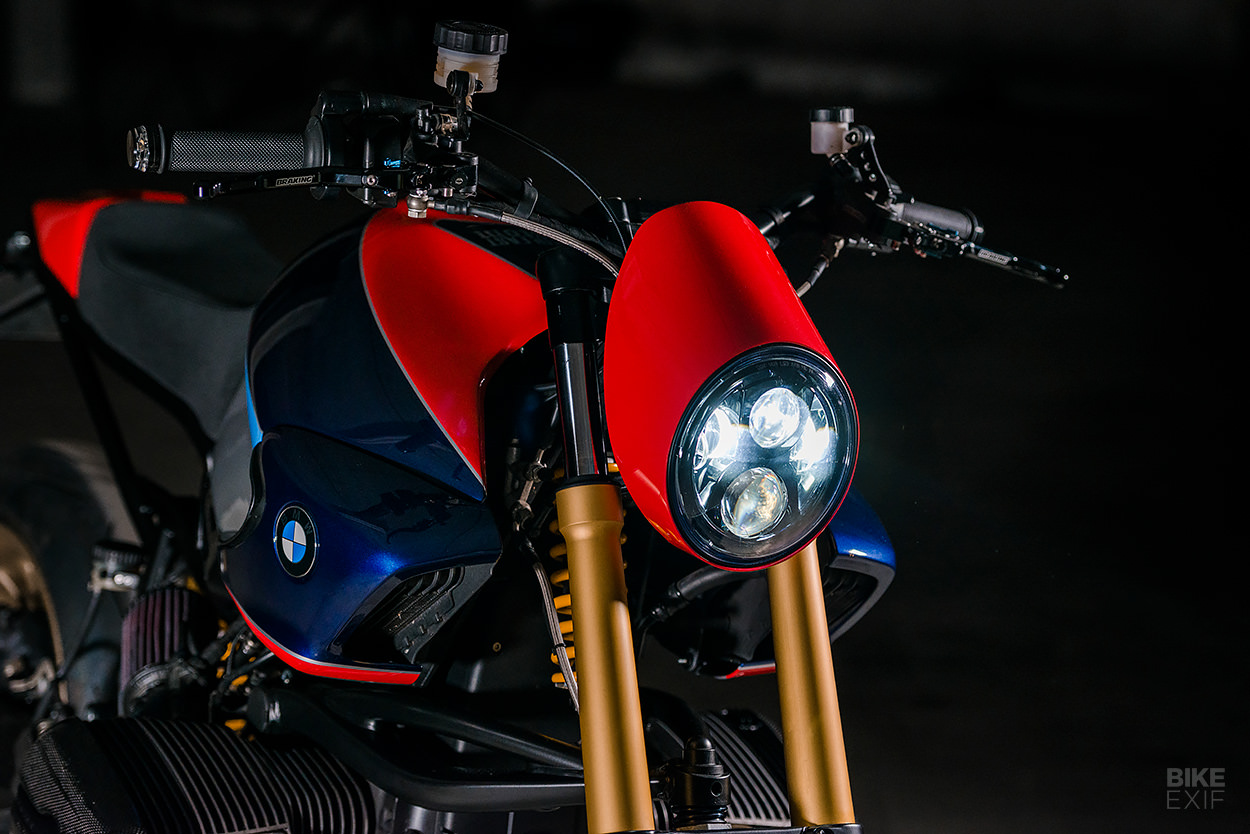 A couple of details stayed the same: like the R1150R’s sculpted fuel tank, and its handlebars, so that the original rider ergonomics wouldn’t be affected too much.

But the rear section is new, starting with a narrower custom seat that flows off the back of the tank, and tapers down into a hand-made tail cowl. It’s been shaped to allow the rider more movement on the bike when cornering, and is covered in an eco leather. 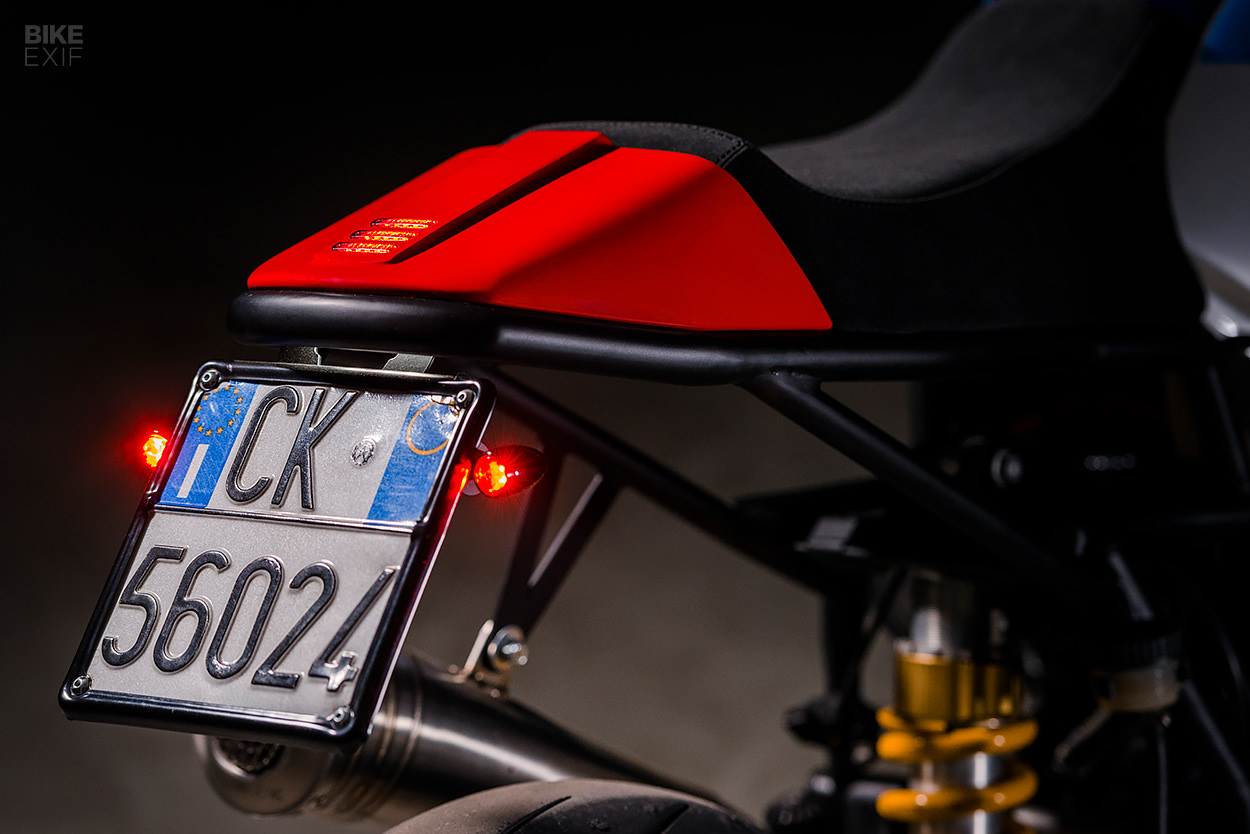 The aluminum tailpiece is nicely formed too, with a ridge on top that includes a row of embedded taillights, and a plate bracket with turn signals further down. Everything sits on a sharp new custom subframe, creating a much cleaner line than the factory setup.

North East hammered out an aluminum headlight nacelle next, and wrapped it around an LED unit from JW Speaker. Since the R1150R uses BMW’s unusual Telelever suspension (where the fork lowers move, not the uppers) a custom bracket had to be made to install the new arrangement. 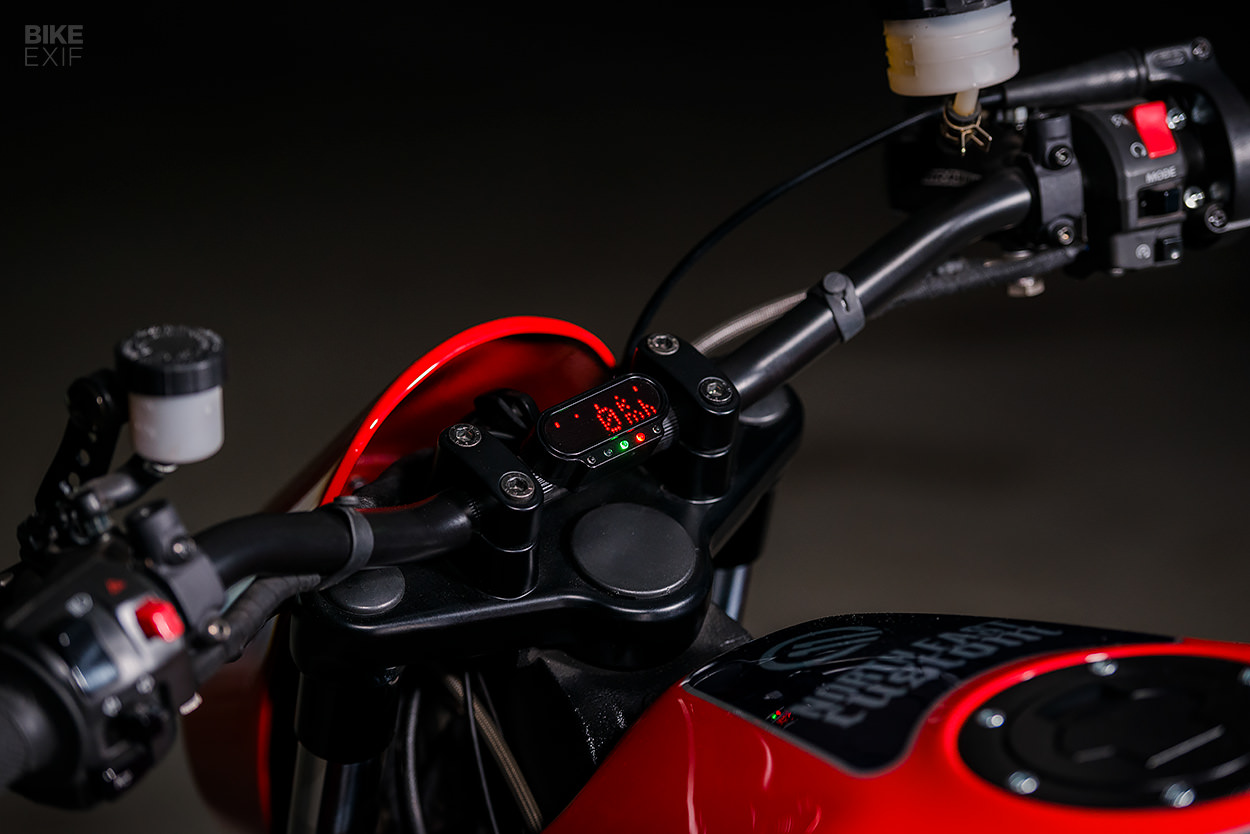 Rounding out the bodywork are a few carbon fiber pieces, made for the project by an external supplier. Those include the front fender, valve cover guards, and the skinny side panels that sit beneath the tank.

As for the go-faster and turn-better bits, Diego and Riccardo opted for practical and useful upgrades. There are now Öhlins shocks at both ends, and the tires have been swapped for Pirelli Supercorsa BSBs.

The engine internals are stock, but the guys added a Virex exhaust system, and swapped the air box for a pair of K&N filters. Then they installed a Rapid Bike control unit, so they could extract optimal performance from the boxer. 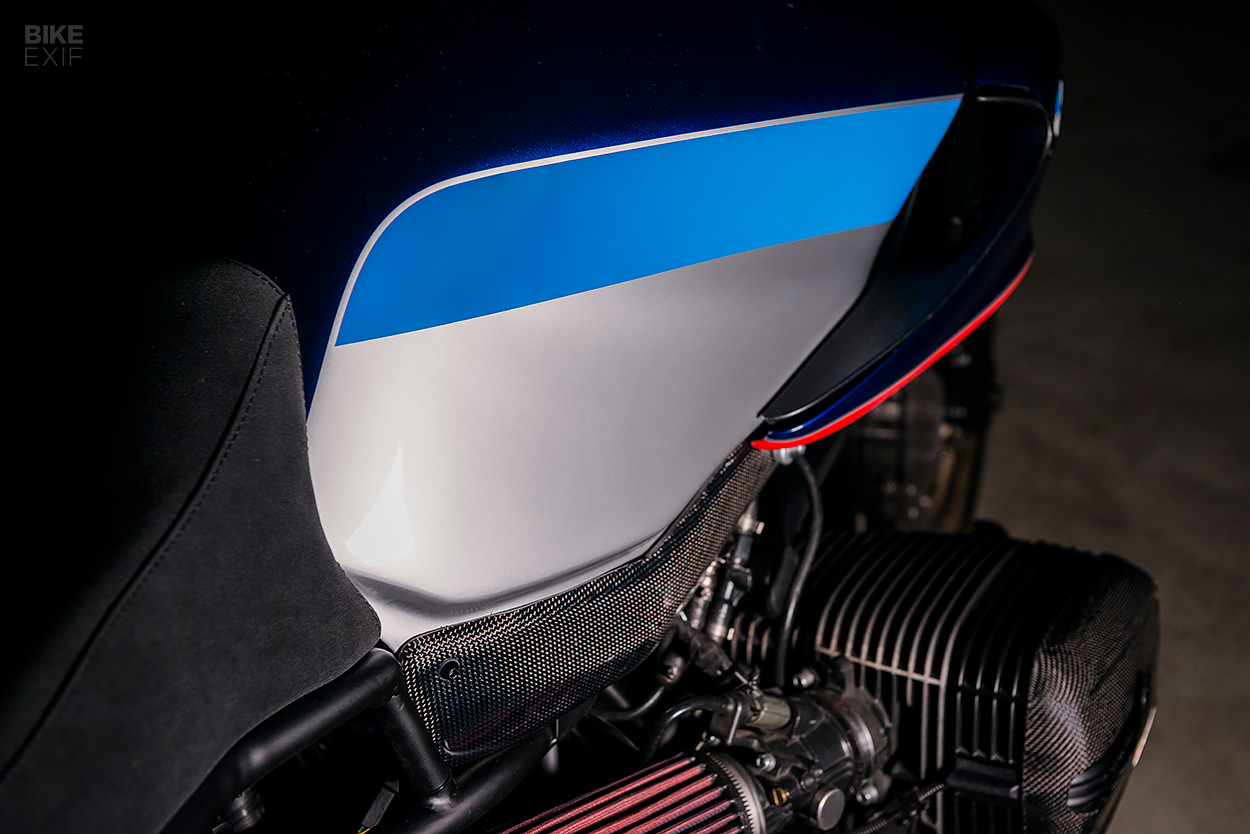 With a much sharper silhouette and improved riding dynamics, North East’s Rockster is miles ahead of the original. But it’s the inspired livery that pushes it over the edge: it uses BMW’s traditional racing colors, but with a twist on how they’re executed.

The fork legs and wheels have been done in matte gold as a finishing touch. 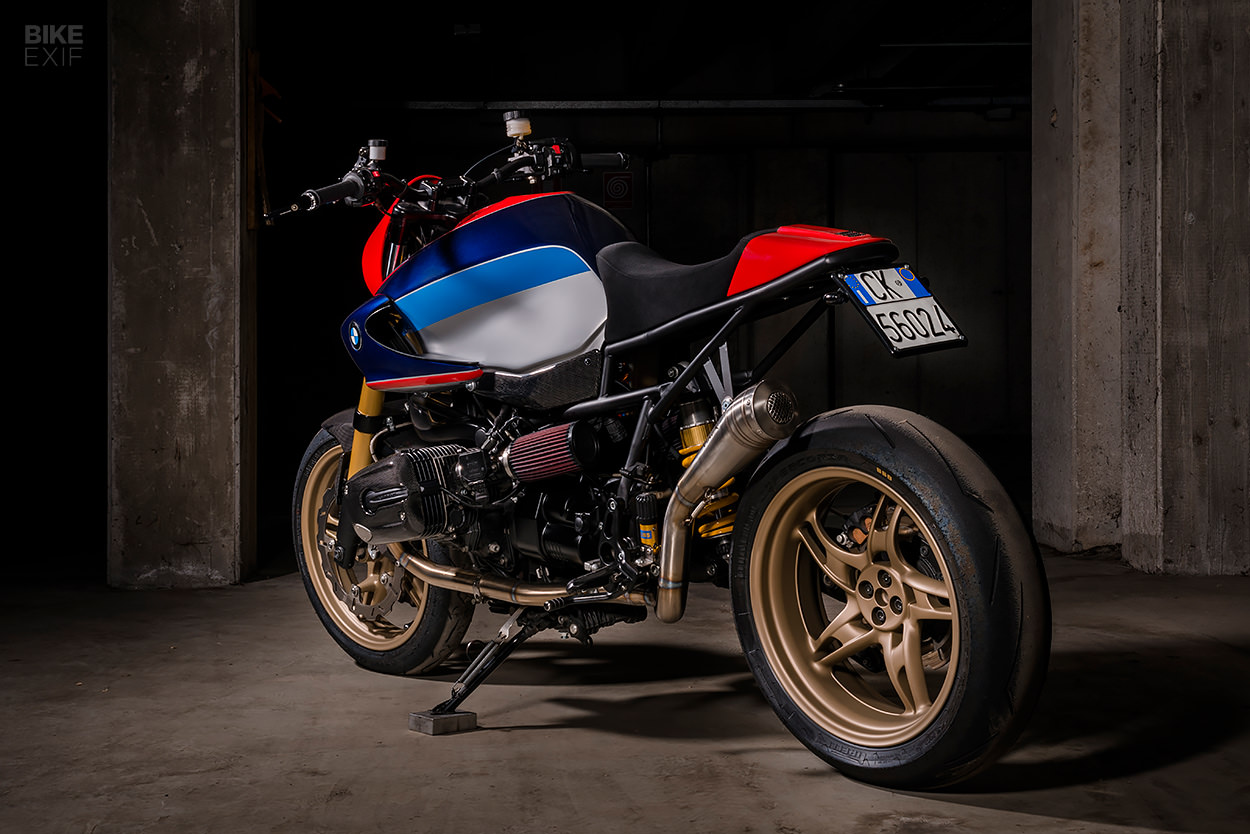 “We’re very satisfied with the final result,” says Diego. “It’s a reliable bike, with a very good riding position. It lets you cover the kilometers, and also gives you the chance to enjoy a track day, making the best of the engine.”

We never thought we’d be drooling over a Rockster on these pages, but then again, the best builders are capable of pulling rabbits out of hats. We’d take this beauty to a track day, any day.