BMW Wants You To Get Used To The 2021 4-Series Coupe’s Snout, Drops Massive New Gallery 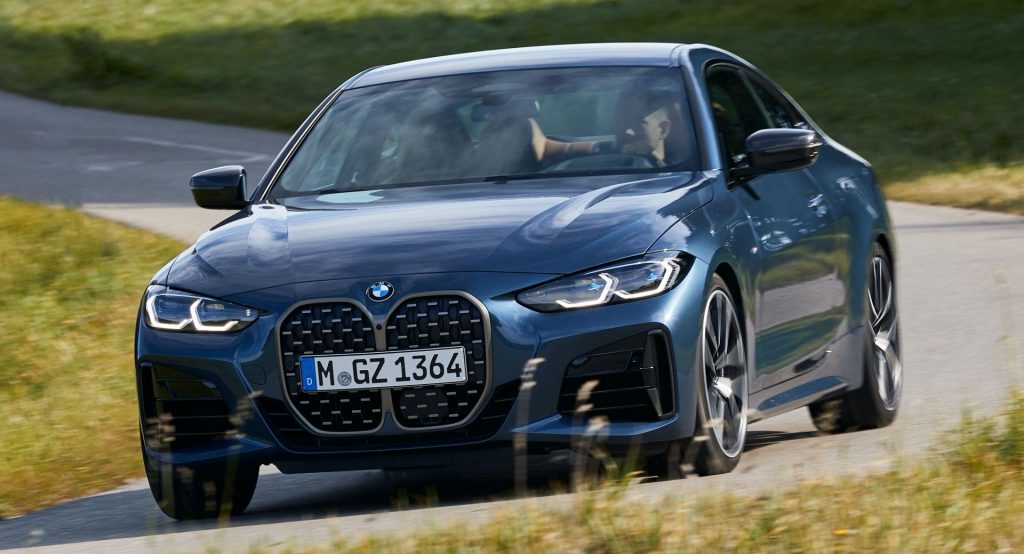 The second-generation BMW 4-Series Coupe and Convertible are here and, inevitably, so are their huge kidney grilles.

Like them or not, the big nostrils are here to stay, with other models like the BMW M3 and M4 adopting them – not to mention the wide iterations already found on the X7 and the 7-Series. We bring up the 4-Series Coupe again because BMW recently organized the model’s international media launch in Munich, which means we now have another batch of official photos at our disposal.

The car you see in the gallery is the range-topping M440i xDrive in Arctic Race Blue, with 19-inch alloy wheels in the 797M design. We’ll refrain from making more comments on the new 4-Series Coupe’s design as by now you probably have formed your own opinion.

We will say that the M440i is the one to get not only from a performance standpoint, but also because it includes the M Sport kit which diverts some of the attention away from the kidney grilles. Compared to lesser models, the M440i has much bigger lateral air intakes in the front bumper that play a visual trick on the viewer, helping the big nostrils fit in better with the overall design of the front end. The M440i also sports a sharper-looking rear bumper featuring larger vents behind the wheels and a diffuser flanked by two massive tailpipe trims.

Mated to an eight-speed Steptronic automatic transmission and standard xDrive AWD, the engine enables the M440i Coupe to accelerate from zero to 60 mph (96 km/h) in 4.3 seconds and hit a governed top speed of 250 km/h (155 mph). That’s just 0.2 seconds off the pace of the standard 2021 BMW M4 Coupe, a difference most customers won’t even feel.