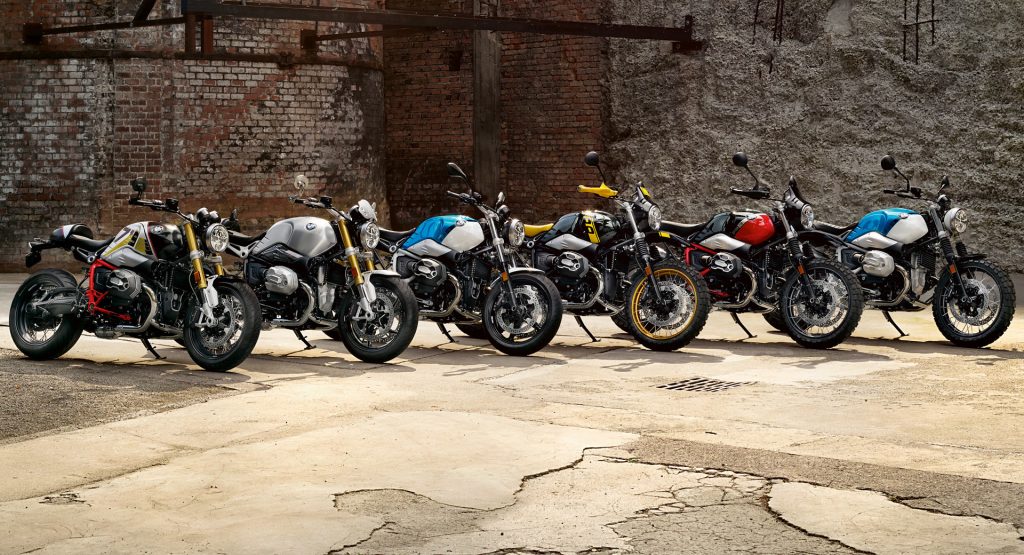 Starting with the R 18 Classic, the model is billed as a “nostalgic touring bike that echoes the beginnings of the great touring cruiser.”

Like the standard R 18, the Classic has a retro-inspired design which recalls bikes such as the R 5. However, it features additional LED lights, a windscreen and a 16-inch front wheel. The model also comes equipped with a passenger seat and saddle bags.

Customers looking for something more unique can opt for the R 18 Classic First Edition. It features a black exterior with white accents and chrome flourishes. The model also has “First Edition” badging on the sides.

Moving on, the BMW R nineT has a revised boxer engine with new cylinder heads and a turbulence system that allows for “cleaner combustion and increased torque.” Thanks to the changes, the model now meets EU-5 pollution requirements.

The bike also features new options including a Comfort Package which includes Riding Modes Pro, cruise control and heated handlebar grips. There are also new paint choices as well as a limited edition R nineT Urban G/S. The latter, known as the “Edition 40 Years GS,” features a black and yellow exterior that pays tribute to the R 100 GS.