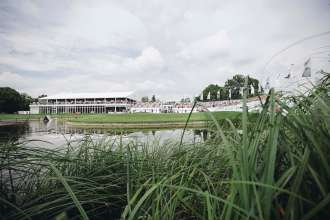 Munich.
The 2021 dates for Germany’s most prestigious professional
golf tournament have been announced. The BMW International Open will
take place at Golfclub München Eichenried from 23rd to
27th June. Whether spectators will be permitted, and if
so how many, will be decided at a later date in close consultation
with authorities and the European Tour. Tickets will not go on sale
until this decision has been taken.

At the present time, it is not possible to predict how the guidelines
for major events will develop by the end of 2021, with regard to the
COVID-19 pandemic. Tournament organiser BMW will work with the
relevant authorities and the European Tour to develop definite
concepts regarding what form the tournament may take. The health and
safety of all involved continues to take top priority in any
decisions, particularly regarding spectators.

The announcement of the European Tour calendar also confirms the
dates for the 2021 BMW PGA Championship – one of four tournaments of
the prestigious Rolex Series – at the Wentworth Club, near London. The
European Tour’s flagship event will take place from 8th to
12th September and will be the final tournament, at which
qualifying points for the European Ryder Cup team are still up for
grabs. The unique match between the best golfers from the USA and
Europe will take place at the spectacular Whistling Straits links
course in Kohler (US state of Wisconsin) from 21st to
26th September and sees BMW in the role of Worldwide
Partner of the Ryder Cup for the first time.