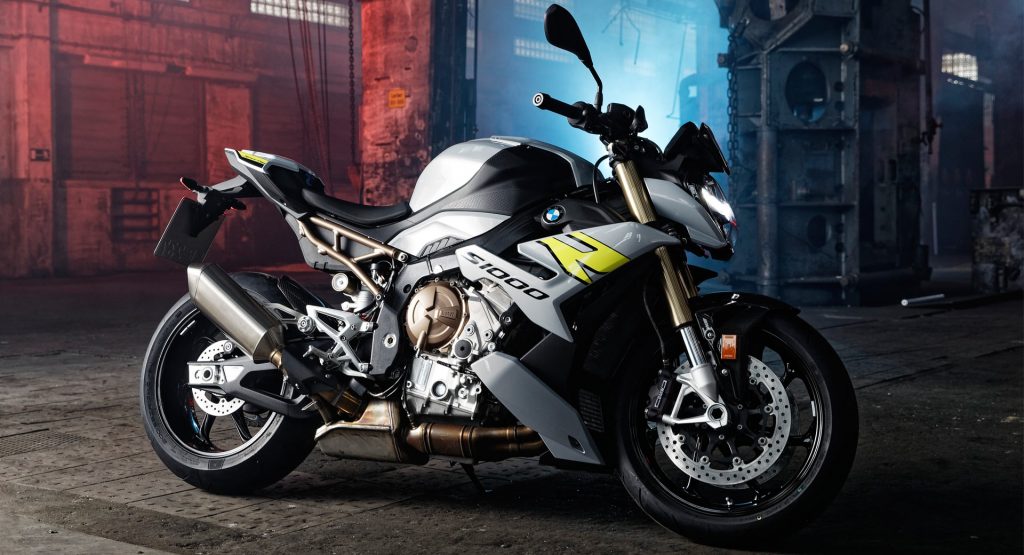 The bike also has revised styling as well as new taillights and turn signals which use LED technology. An assortment of options will be available including an M package which reduces weight by up to 8.1 lbs (3.7 kg) when ordered in conjunction with carbon fiber wheels.

Besides the styling changes, the model adopts a so-called “Flex Frame” which is lighter and narrower around the knee contact area. BMW says this allows for better freedom of movement as well as a more relaxed riding position. Other notable highlights include a lighter exhaust, a relocated spring strut and a swingarm based on the found on the S 1000 RR.

On the tech side of things, there’s a new 6.5-inch digital instrument cluster. BMW says it’s customizable and has been designed to offer good readability even under difficult lighting conditions. The display also supports app-based navigation via a Bluetooth connection.

Furthermore, the 2021 S 1000 R has longer ratios in 4th, 5th and 6th gear. The company says this helps to reduce noise and fuel consumption as well as engine speeds when cruising.

Lastly, the bike can be equipped with an optional engine drag torque control system for the first time. BMW says it “prevents the rear wheel from slipping as a result of abrupt throttling or downshifting thanks to being electronically controlled.”