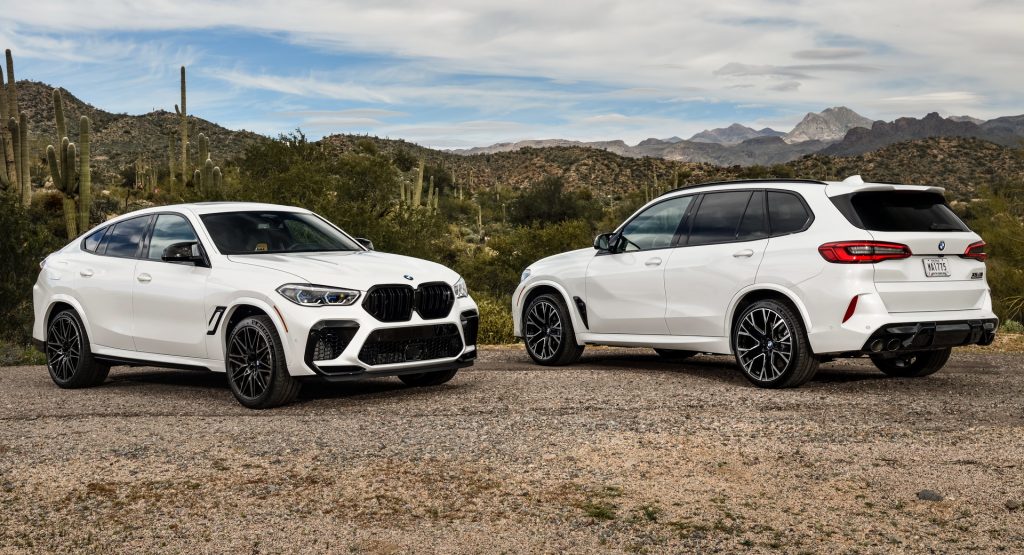 BMW has released a huge new gallery of the new X5 M and X6 M to celebrate the launch of its latest super SUV duo, which was just presented to the world’s press in Phoenix, Arizona.

However, if bragging about numbers is your thing, then the Competition versions are the ones to go for, as they produce an extra 24 HP (25 PS), raising the total at 617 HP (625 PS) while torque remains unchanged at 553 lb-ft (750 Nm). That will knock a tenth of a second off your 0-62 mph times, at 3.8 seconds and hopefully win you some drunk arguments on the pub.

In both cases, the twin-turbo V8 is coupled to an eight-speed M Steptronic automatic transmission and a specially-tuned all-wheel drive system that features an active M differential.

The wizards over at BMW M performed their physics-defying magic on the chassis of the new X5 M and X6 M by adding all the latest tricks, including electronically controlled dampers, active roll stabilization, M Servotronic steering and a bigger braking system with six-piston calipers up front, together with more model-specific upgrades to the platform.

The more aggressive styling of the new BMW X5 M and X6 M focuses on the front and rear ends with new bumper designs that include bigger air inlets and a rear diffuser, a revised front grille, a four-tip exhaust system and deeper side sills.

Standard X5 M and X6 M models ride on 21-inch lightweight alloy wheels, while the Competition variants get a staggered set of wheels measuring 21 inches at the front and 22 inches at the rear. The latter also distinguish themselves by having many bodywork details finished in gloss black, including the mirror caps, front grille and badges.